Well, we survived another Father’s Day.

As Sunday came to a close, the hubby & I discussed how we have come to dislike Mother’s Day & Father’s Day for the most part.  I dislike Mother’s Day because of my yearning to be a mother, and my hubs dislikes it because of the difficult relationship he has endured with his mother throughout his life.  He also hates the fact that I want something that he can’t give me right now.  He isn’t a fan of Father’s Day because of his own desire to be a father, and I have trouble with it because of the not-so-easy relationship I have had with my own father growing up.  And then of course, I loathe that I can’t give my husband what he wants.

Despite our disliking, we decided to make the best of it.  And thankfully we still had a great day, or weekend for that matter. Saturday we had “date night.”  We enjoyed dinner at Bonefish Grille, and the movie, Jurassic World (I highly recommend it). However, only I would get teary-eyed during a dinosaur movie. And I’m not even on any hormones!  My husband reassured me several times, “It’s just a movie & it’s just a dinosaur.”

We usually don’t get each other presents for Mother’s Day or Father’s Day, but I figured this year should be different. Although we do not have any children here physically, my husband is still the father to our 5 angel babies, and our fur babies. That being said, when he woke up, there was a gift bag on the counter for him with a card.  Inside, there were 2 new shirts from Macy’s (his favorite place to shop). Then we went to Target, and he got all new underwear and socks. Unreal that 3 packs of “X-Temp” underwear cost $60!! But hey, we will pay more to keep it cool down there! LOL. Afterwards, I went to Publix and picked up T-Bone steaks for dinner, and his favorite dessert, cheesecake, as a surprise. 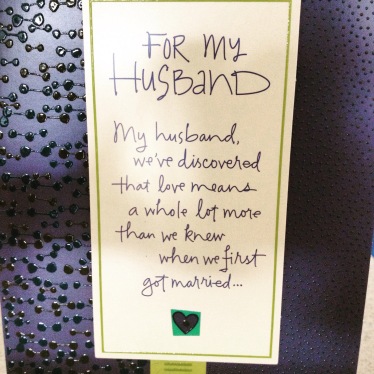 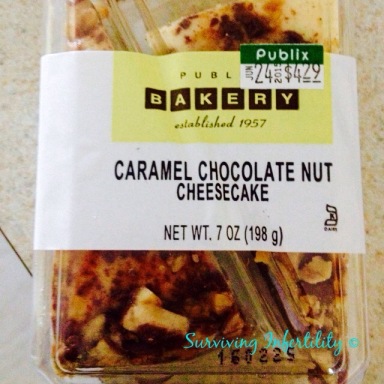 During all of the running around on Father’s Day, I managed to get stung by a bee on my pinky toe, and good, old, Aunt Flow came in town.  Nice Father’s Day present, right?  Not! Oh, and how could I forget that as I was carrying in the groceries, my rotten Beagle, found a way to devour a pack of uncooked meatballs that I just bought. These events could have been a recipe for disaster, but I chose for them not to be.  Instead, I chose to make it all about my husband; making sure he knows just what a great father he is, and will be one day!

The Big DayApril 7, 2016
The big day is here.
The Homeschool Resource Room

Inspiration For Learning and Life.

Raising my rainbow after infertility, IVF and pregnancy loss 🌈

OUR LITTLE MOUNTAIN TRIBE
Situation Normal
Delayed But Not Denied

Surviving Life while Waiting on The Lord for Baby #1.

The story of a New York girl & her Chicago boy